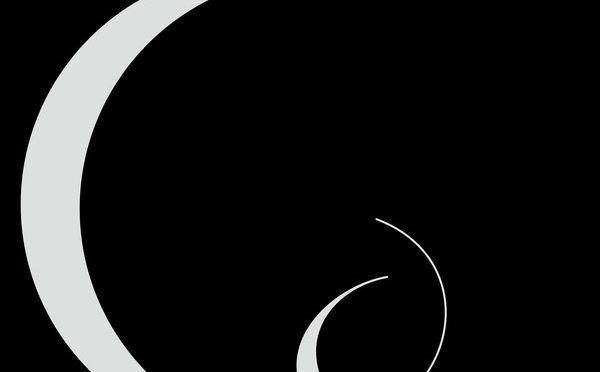 Anarchic Belgian label Cortizona taps into the slapstick vein in experimental music, staging gigs on the back of vans, with trains, and in planetariums. By Jennifer Lucy Allan

Two lazy narratives are throw around about music culture since the internet arrived: everyone is a brand, and digital technology breeds more idiosyncratic listening habits. If Cortizona eschews the first, its a perfect example of the second. How else to think about a label that started out releasing the cinematic DIY kosmische of Jean Hoyoux, then moved through a 1973 album by jazz trumpeter Freddie Hubbard, Ann Eyserman‘s harp music and train sounds, Pak Yan Lau‘s toy pianos and bowed metal, dubbed out exotica by Belgian rock musician Tim Vanhamel, and so on, up their most recent release, a reissue of Patty Waters?

With this kind of discography Cortizona could only be a one person operation. Run by Philippe Cortens in Lier, Belgium, with mastering engineer Gert Van Hoof and designer Jef Cuypers, the label specialises in music that gives Cortens a feeling of awe. He’s wryly humorous character, walking a fine line between the deadly serious business of releasing music he feels is important, while not taking himself too seriously. The label statement on Bandcamp – is “partially ironic”, he explains. “but I really do believe music can improve your life and change people.”

The label began in January 2017 with the release of Belgian musician Jean Hoyoux’s 1982 synth older cousins and their boyfriends in the early 1980’s. “Punk and the DIY spirit changed ùu view a lot of things as a youngster”, he says. It also led to him being kicked out of school. As an adult, he worked for many years on Belgian national radio, and in the last few years made two music documentaries: Juul’s Ears, about Hnita, one of the oldest jazz clubs in Europe, and a portrait of late Belgian musician Fred Van Hove.

More recently, he found himself half of a two person audience invited to hear Frederik Croene‘s Cul De Sac at the pianist’s summer cabin, and then driving aroundthe Flemisch Ardennes while Croene played the piece from the back of a PIaggio Ape (more commonly employeed as a coffee carts). They were followed by the police for a while, he says, as he recalled “a pretty memorable slapstick performance, which could have gone wrong in several ways”.

The label, he declares, has “a high ‘no fucks are given’ spirit, concerning types of music genres, age, geography, use of instruments, and gender… I think this spirit, combined with the urgent need to express yourself with the possibilities you have, to create a new and perosnal world of sound, and my musical taste, is what ties [the label] together.”

If Cortizona zigzags between styles, its modus operandi echoes contemporary small labels such as Phantom Limb, and perhaps fits into a lineage of older labels likeCelluloid which roamed through American no wave, Indian raga and African Jazz. I ask if Cortizona catalogue is an exactr map of this listening habits. “In my spare time I listen to slowed down Justin Bieber records playing backwards to search for satanic verses… just kidding!” he jokes. “I don’t want to overthink the vibe of my label too much,” he reflects. “A big part of the fun is to see in which directionit will evolve. Frederic Croene turning inside out the possibilities of his piano; Anna Homler stretching her vocal chords to a mermerizing and otherworldly level; Comité Hypnotisé dubbing out on his broken 70s echo deck…to me it all makes sense to release in on Cortizona.” Cortizona.bandcamp.com 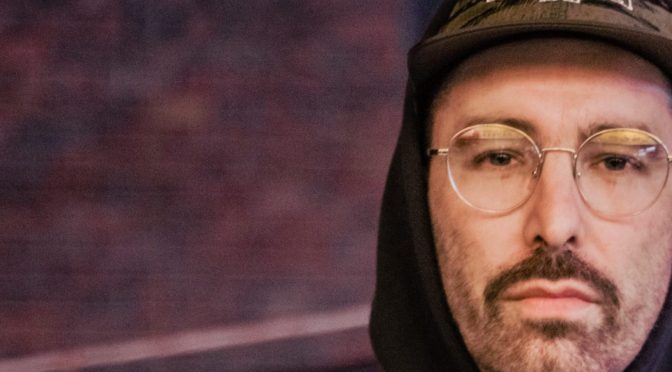 Lefto presents Jazz Cats volume 2, released 24th June, features a balance of known and obscure artists. From the thrilling frenetic grooves and innovative soundscapes of Bandler Ching and the electronic influenced Stellar Legions (Andrew Claes from (STUFF.), to the jazz fusion collective LũpḁGangGang and weaving musical odyssey that is M.CHUZI, Lefto presents Jazz Cats volume 2 is a melting pot of the best musical talent coming out one of the smallest countries in Europe. In addition, there’s the beautiful unease of One Frame Movement, the laidback ‘acoustic electronica’ of Boombox Experiments, the classic funky jazz stylings of Cargo Mas and the cinematic The Brums, making Lefto presents Jazz Cats volume 2 an essential release for any jazzhead with a passion for new sounds. 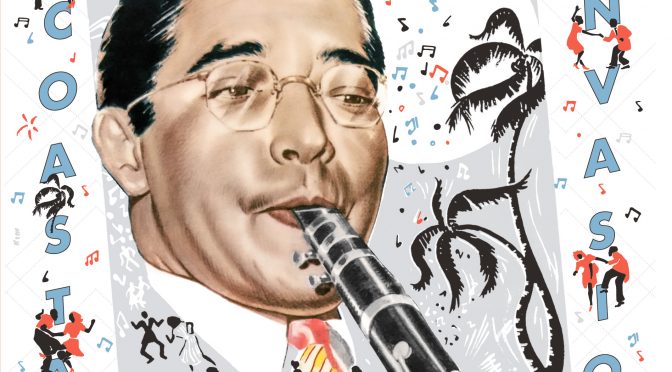 The Coastal Invasion highlights the golden age of big band cumbia and the maestro who is often seen as Colombia’s most influential composer, Lucho Bermudez.

Bermudez was a key figure who modernised the tropical music of Colombia’s Caribbean coast. At the beginning of the 20th century, this music was largely looked down on. Bermudez changed all that by injecting a modern, jazzy big band sound to the Afro-Colombian sounds from his native region.

The infectious Afro-Amerindian dance rhythms of Lucho Bermudez y su Orquesta took over the elite nightclubs of Bogota and Medellin and from there, his music spread all over Latin America. For many Colombians, the songs of Lucho Bermudez and his wife and starlet singer Matilde Diaz represent the sound of their nation.

This compilation contains a selection of the music of Lucho Bermúdez y su Orquesta recorded during the years that they lived and worked in Medellín, probably the best work the orchestra ever recorded. 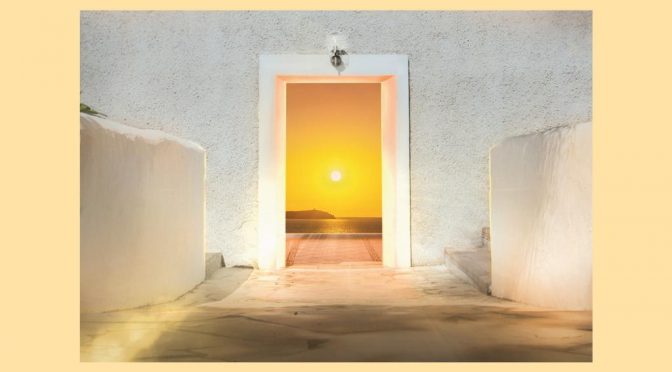 Listen to a track off La Torre Ibiza Volumen Cuatro

Mark Barrott and Pete Gooding have put together the fourth compilation in their La Torre Ibiza series.

Out July 1st on Hostal La Torre Recordings, La Torre Ibiza Volumen Cuatro is the first instalment since 2019. The LP spans 15 tracks, with music by the likes of Rare Silk, Suzanne Ciani, Special Request, the late Pauline Anna Strom, Lola Perrin and Barrott himself, whose “Travelling Music (La Torre Reprise)” is the only previously unreleased track.

Launched in 2016, the series captures the sound of White Isle venue Hostal La Torre, which is known for its eclectic music policy and laid-back vibe. 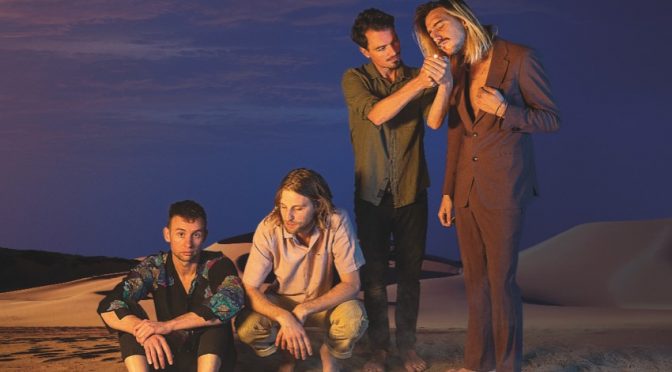 Stavroz have released their debut album Mindibu on Moodfamily record label. Stream the album in full.

Hailing from the land of compromise in the heart of Europe, the four friends of Stavroz found each other in the east of Flanders. In its inception, IJsbrand De Wilde & Gert Beazar focussed mainly on playing DJ sets and creating music in which they loved colliding worlds. Only a few years later they hooked up with Maxim Helincks & Pieter De Meester to expand their DJ activities to a performing band and continued to try and find an unbeaten path in electronic music. This culminated in their delicately acoustic, organic and cinematic approach to electronic music. As a result they were awarded second place for ‘best producer’ and ‘best breakthrough artist’ in national awards for Belgium’s electronic scene.

In the years that followed, the four kept expanding their catalogue and continued to develop that uniquely own style. Their EP The Ginning resulted in an early breakthrough for the four-some. It reached gold status in France, dominated the nr. 1 spot on the Hype Machine and was chosen as vinyl of the month by Germany’s Faze Magazine, mainly thanks to the B-side The Finishing starring a compelling solo on the tenor saxophone.

In order to keep freedom in their music production and to be able to support other artists with a likeminded vision, they started their record label Moodfamily. It was on this label that their second hit single Gold Town was released. It kept the nr. 1 spot on Beatport’s ‘Electronic Top 100’ for several months and was picked up by Rockstar Entertainment and added to GTA 5’s (already) excellent in-game music. Although Stavroz is now 11 years old, many of their songs are still relevant and are quietly nudging towards timelessness. Over half million monthly listeners and over 100.000 followers on Spotify alone will concur and 100 million plays across the major streaming platforms speaks volumes.

Their intimate live performance grew more dramatic and their unique dj sets spread like wildfire as they started frequenting many international stages. Coachella (US), Fusion Festival (DE), Wonderfruit (THA), Pukkelpop (BE), Strawberry Fields (AUS), Tropico (MX), Three Points Festival (FL, USA) all fell victim to Stavroz’s unusual dramatic, melancholic yet determined approach. The band was quickly invited by the acclaimed Youtube channel Cercle to perform a streaming concert at Fort Saint-Eynard in France where once again, they managed to create a wholesome, comforting soundtrack for a place, which no words can describe. 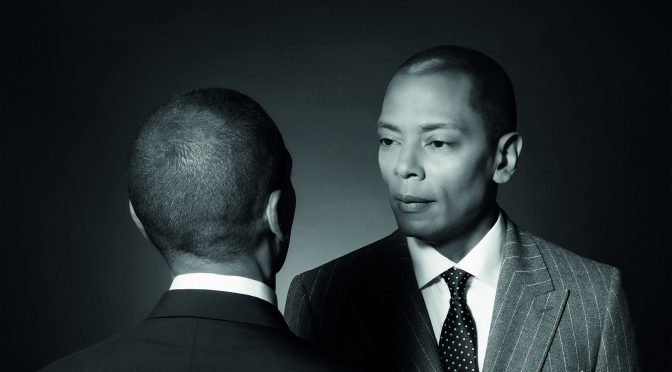 Like in the methodical process Mills navigates his work and creations that span back decades, the film runs uninhabited and compiled in a manner that suggests you’re in a dream-like state. Some segments are recognizable in terms of colors, shapes and textures, while other are fragmental – elusive in objectivity.

Created over the course of the past six years, many years before the Pandemic, surprisingly, but emblematic of Mills and his infamous level of consistency, the theme of self-power using the mind, self-defense/reliance and the subject of special human abilities had been consistent throughout.