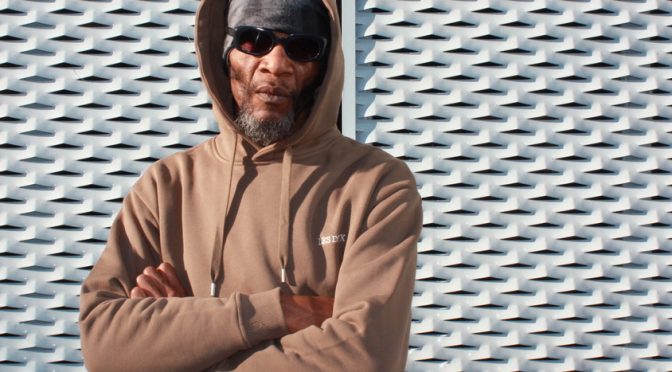 Hilaire first solo album in more than a decade

For the first time in more than a decade, Paul St. Hilaire (AKA Tikiman) presents a solo album – 100% Tiki.

Over his 30-plus year career, St. Hilaire has become one of dance music’s quietly legendary figures. Born and raised in Dominica, he moved to Berlin in 1994 and has lent both his voice and his musicianship to some of the most iconic electronic music from the German capital – and beyond. Renowned for his collaborations with Moritz von Oswald and Mark Ernestus (AKA Rhythm & Sound), he has also appeared on records with Deadbeat, Rhauder, Larry Heard aka Mr. Fingers and Stereotyp (G-Stone Recordings), amongst others.

However, few know the extent of St. Hilaire’s compositional and technical mastery. From his home studio in Kreuzberg, which includes an extensive collection of vintage hardware, self-built instruments and notebooks scribbled with endless lyrics, he has created a vast archive of material spanning ambient dub, avant-jazz, lush techno and lovers rock.

Tikiman Vol. 1 is a heady, downtempo tour de force of patois metaphors on education, displacement and personal vs. global histories, as is evident on slippy album opener Bedroom in My Bag: Mister, mister / Where are you going? / I’m heading for a faraway land / What are you having in the bag in your hand? / Help us to understand / He said, I’ve got my bedroom in my bag.

Overall, the album’s lyrics reflect on life between Berlin and Dominica, specifically St. Hilaire’s hometown of Grand Bay, where he has worked with various musicians famous for the island’s different genres of carnival music. St. Hilaire himself always favoured the island’s more “discrete” music, developing a sonic synergy between two different geographical strains of groove and minimalism, and combining them with foundational Caribbean mixing techniques, which provide the basis for his songwriting and distinct
baritone.

Tikiman Vol.1 offers a rare insight into St. Hilaire’s complex artistry, from the eyes-down grooves of Little Way and the guitar-heavy digi dancehall experiment Keep Safe, to the subtle hypnosis of Ten to One and the softly crashing synth waves of closer Three And A Half, evoking not only beaches but also coasts and borders. It’s a fitting expression of both the breadth of St. Hilaire’s work, as well as his history as one of the few black, Berlin-based artists who, despite remaining largely overlooked, has influenced the city’s electronic music culture since its beginnings.